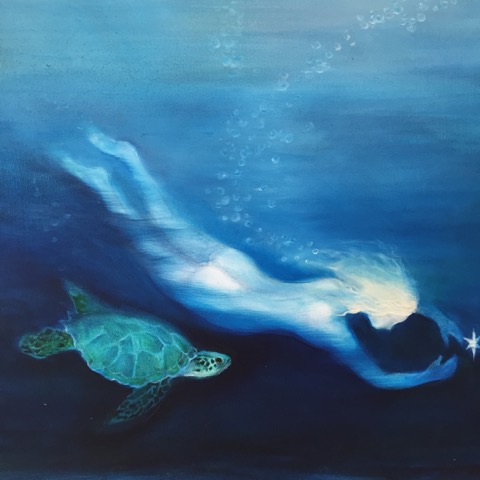 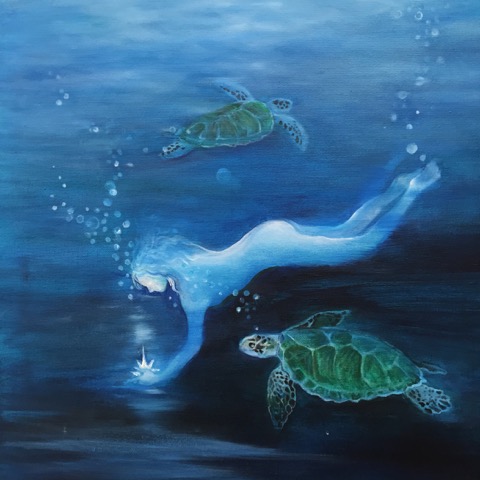 I spent my childhood in the swamps and on the beaches of Florida. The BP oil spill disaster of 2010, and the devastation to the ecosystem that continues to unfold, angers and saddens me deeply.

I felt especially sad for the sea turtles. Thousands of turtles were killed, especially babies who, after making their perilous journey from their nests on the beach to water, and finally, with luck, out to open sea, rely on nurseries of seaweed “islands” to feed and mature. As the news of the spill became more and more horrific through spring and summer of 2010, these images came as visions and dreams, and the paintings emerged over the course of that year. We all come from the stars and are born from water, and we share the fate of our fellow creatures. Sea turtles can live as long as one hundred years or more, yet their survival is precarious. Six of the seven species of sea turtles on our planet are endangered, and the Gulf of Mexico is home to five of those species. The destruction of the web of life in the ocean, and on the beaches and precious bayous of the gulf, a direct result of the oil spill, continues, and will for countless years to come.

***
Nan DeGrove is an astrologer in Boulder, Colorado, with over 30 years experience, and a scholar of myth, folklore and sacred art. She is a visionary painter with special interest in the mystical images of saints and madonnas. In her “Saints” series she has sought to interpret these as portrayals of Divine Beauty, liberating them from their limiting and sometimes violent narratives of traditional religious context.

CB Follett is the author of 10 books of poems, the most recent QUATREFOIL (2015), and several chapbooks, most recent is the BOXING THE COMPASS series (2014). AT THE TURNING OF THE LIGHT won the 2001 National Poetry Book Award. She is Editor/Publisher and general dogsbody of Arctos Press, was publisher and co-editor (with Susan Terris) of RUNES, a Review of Poetry (2001-2008). Follett has numerous nominations for Pushcart Prizes for individual poems, as well as nine nominations as a individual poet; a Marin Arts Council Grant for Poetry; awards and honors and been widely published both nationally and internationally. Follett was Poet Laureate of Marin County, CA, USA. (2010-2013) 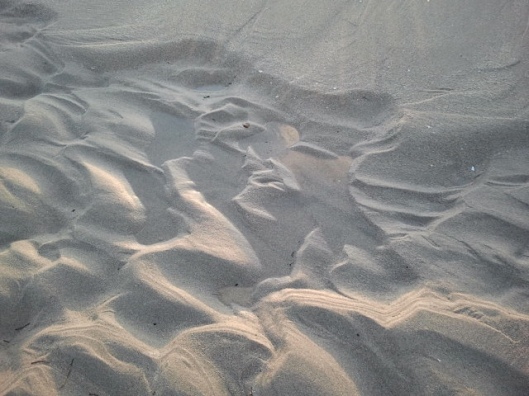 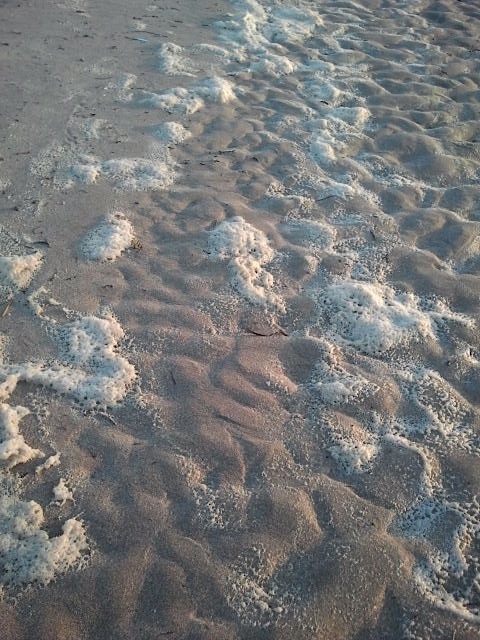 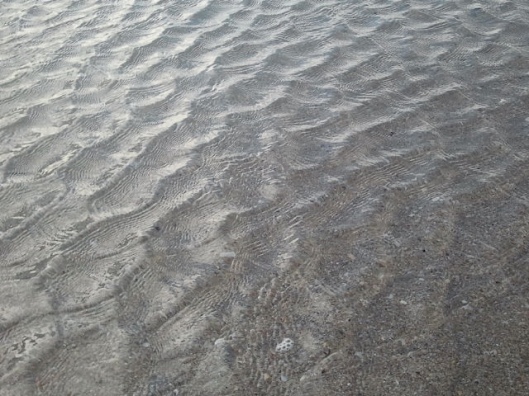 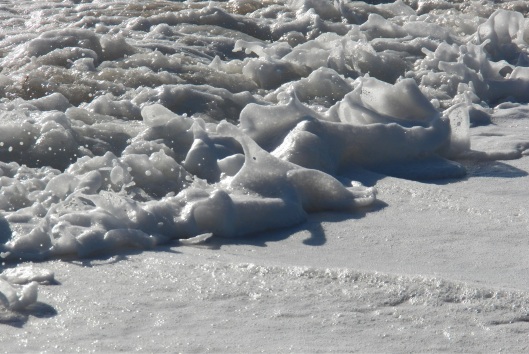 ***
Shireen Malik has been a picture taker for as long as she can remember. People, places, things. The keeper of memories. Gradually, the passion for dedicated photography worked its way into her being. Photographing the natural world, the realm of infinite variety and constant change – sublime, powerful, beautiful, bizarre. Malik lived in south Florida for two years, photographing at the seashore most every day – capturing the many different moods of the ocean and the abundant life in and around the water’s edge. Walking or jogging, toting a camera or two, stopping for moments or hours, taking hundreds of photos for the occasional aha! shot and those surprises along the way. Her photos fdeatured on the website and in the catalogue for Water, Water Everywhere: Paean for a Vanishing Resource come from that Florida sojourn. 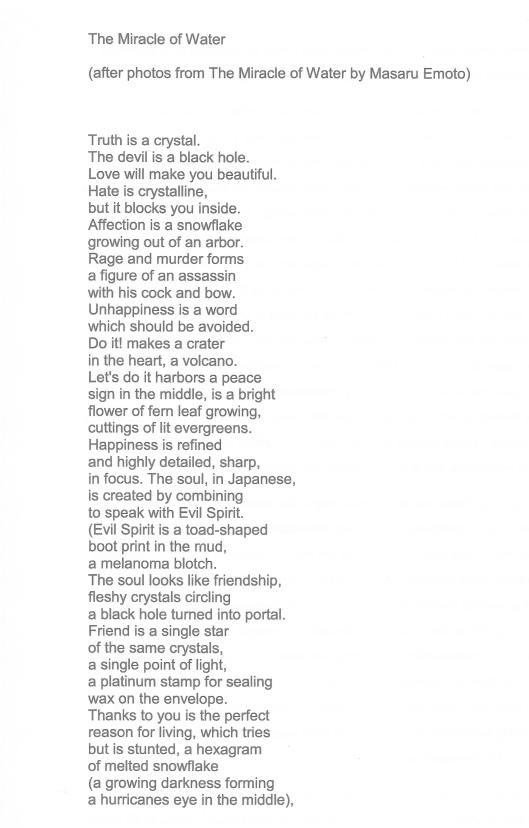 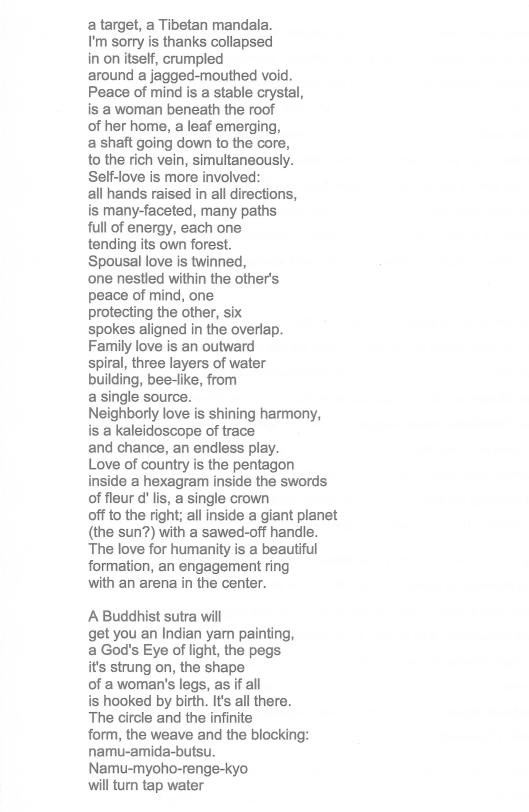 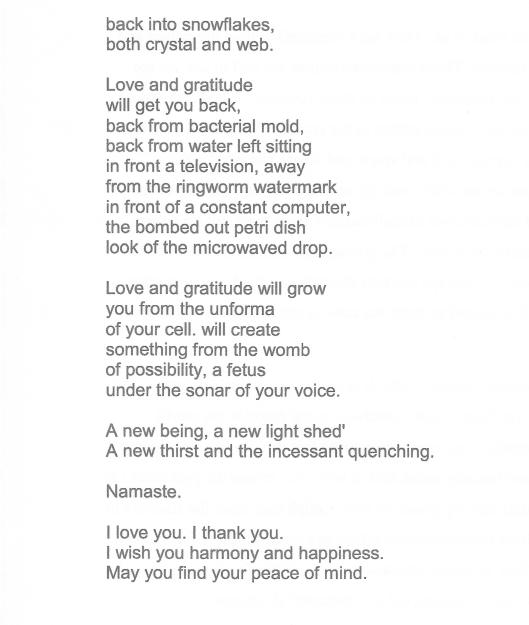