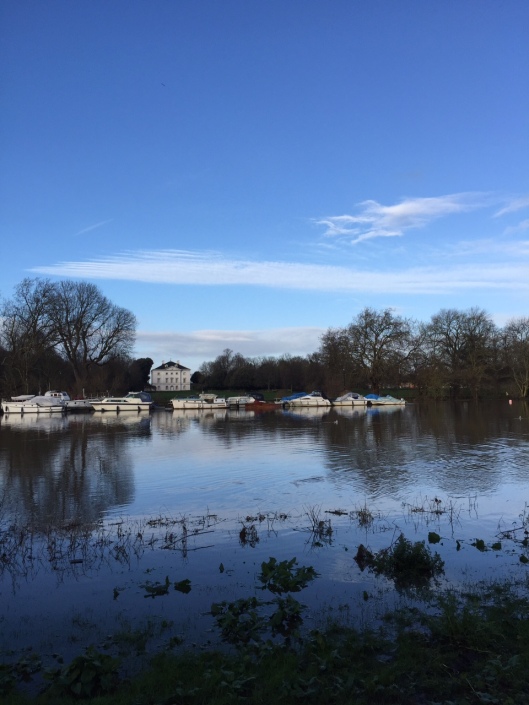 High tide on the River Thames from Ham, January 2016, looking across to Twickenham and Marble Hill House. This stretch of the river – which includes parks, formal gardens, islands, stately homes, and cow pastures – is known as London’s Arcadia, and the view of it from Richmond Hill is protected by law: the Richmond, Ham and Petersham Open Spaces Act of 1902 is considered one of the earliest and most successful environmental campaigns in history. The towpath often floods at high tide.

On the other side of the river.

Andrew Wille has worked in publishing for over two decades. He was managing editor and then senior editor at Little, Brown UK, acquiring and publishing many critically acclaimed and award-winning works of fiction and nonfiction. Subsequently, as a freelance editor, he’s worked for many of London’s most notable imprints, including Abacus, Element, Granta, HarperCollins, Little, Brown, Macmillan, Orion, Portobello, Pushkin Press, Random House, Simon and Schuster, and Virago. Wille is himself a writer and holds an MFA in Writing and Poetics from Naropa University, an MA in English Literature from University College London, and a BA in American Studies from Hull University. As an undergraduate I also studied at the University of New Mexico. He was a tutor at Naropa University’s Jack Kerouac School of Disembodied Poetics, where he taught creative writing and seminars in publishing for MFA and BA programs on campus and online.

E.J. McAdams lives in Ward’s Island Sewershed in NYC with his wife and three children. You can read an interview at http://theconversant.org/?p=3858 or read a poem at http://www.thevolta.org/heirapparent-issue19-ejmcadams.html.

These three drawings (from a set of twenty) were made for a fifteen-minute film-in-progress (https://vimeo.com/131955801) by Antony Lyons and Iain Biggs, called Transgression (The Rising Waters), made for the Architectural Humanities Research Association (AHRA) international conference, 2013. Both the film – now being re-cut – and the drawings took as their starting point “transgression,” the geological term for: ‘‘a relative rise in sea level resulting in deposition of marine strata over terrestrial strata. The sequence of sedimentary strata formed by transgressions and regressions provides information about the changes in sea level during a particular geologic time’’

Lyons and Biggs share an interest in place, environmental change, and water landscapes, and the film explores questions rooted in physical, social and cultural relationships between land and sea, particularly possible human-influenced marine transgressions. The film aim weaves together original and archival material through documentary and poetic approaches, so as to create an imaginative bridging and transgressing of both disciplinary thinking and the culture of possessive individualism that underpins it.

Iain Biggs works as a doctoral supervisor, artist, and arts-led researcher with a particular interest in “deep mapping.” He is a Visiting Research Fellow at the University of the West of England, Bristol, and Bath Spa University and a coordinator of the LAND2, PLaCE International, and the Mapping Spectral Traces networks. He is the founder of, and an editor for, Wild Conversations Press and writes a regular blog at: http://www.iainbiggs.co.uk/

Antony Lyons trained as a geoscientist and has worked as an environmental sustainability advisor and designer, but now works as a landscape-based artist with a particular interest in water issues. In the last five years he has undertaken residencies in the West of England, at the Grand Canyon, USA, in Co Donegal, Ireland, and undertaken a sustainability-based creative visioning for regeneration areas in Sheffield, England; including implementation of landscape designs and new public realm art installations. 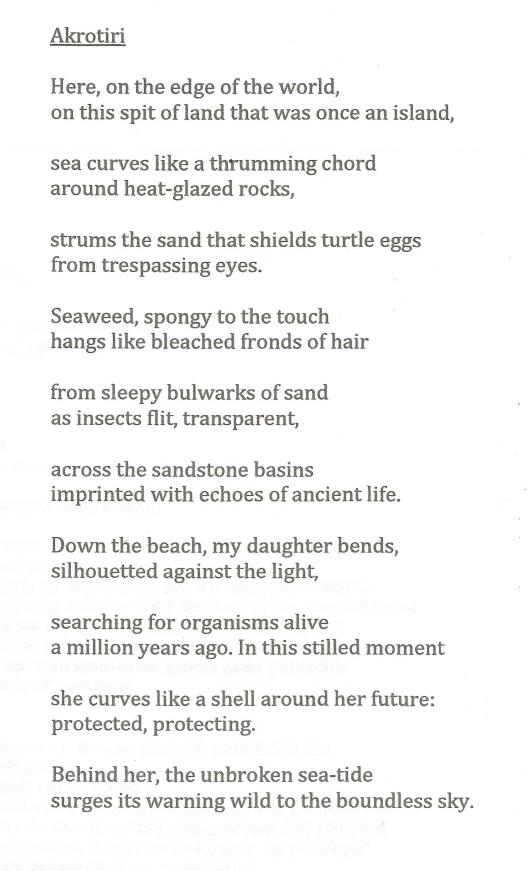 ***
Lisa Suhair Majaj, a Palestinian-American, is the author of Geographies of Light, winner of the 2008 Del Sol Press Poetry Prize, and co-editor of three collections of critical essays: Going Global: The Transnational Reception of Third World Women Writers (Garland/Routledge 2000), Etel Adnan: Critical Essays on the Arab-American Writer and Artist (McFarland Publishing 2002), and Intersections: Gender, Nation and Community in Arab Women’s Novels (Syracuse University Press, 2002). Her writing appears in over 100 journals/anthologies worldwide, and will be included in the upcoming exhibition Aftermath: The Fallout of War–America & the Middle East, at the University of Florida’s Harn Museum of Art. She lives in Nicosia, Cyprus. lmajaj@cytanet.com.cy.